About – A young male with learning difficulties is living with his off the rails brother in a caravan, when a young woman gets to know the young man who friends him without knowing the full picture.

Richard (Scott Chambers) has learning difficulties that doesn’t understand the world as we know it. He makes his own little farm life with dead animals in a shed close to where he lives. He talks to them and making sure they’re safe, like they’re still alive. This relation with the animals has a very similar construct of Kes, with the human getting along with animals better than humans. Whilst living with an out of control brother Polly (Morgan Watkins) Richard always wants to impress him by the littlest things which never get recognised. Living on a field in a caravan, which is owned by a high class family who have a daughter Annabell (Yasmin Paige) who befriends Richard by chance. When suddenly, on a walk down to a river Annabell says something out of context, Richard doesn’t like it when people call him certain names/words. Annabell and Richard have a close bond which is lovely to see, a high class female with a working class, learning difficult young male.

Richard, is the character that you fall for straight away. By knowing he has learning difficulties makes you feel sorry for him but at the same time he is quite comical so you laugh at certain parts of the dialogue. It doesn’t make you feel guilty for laughing because the other characters have a little smirk and Richard knows what he is saying.
Scott Chambers is quite well-known in the UK from him being in BBC’s Holby City and been in some shorts. Scott plays Richard, so well that you actually believe he is like this in reality, he makes you wonder about Scott in real life and the method of acting, it is superb.
Polly (Morgan Watkins) is the older brother to Richard, straight away you are aware that he is mean to Richard. Polly wants full true control of his own life but that isn’t going to happen with Richard in the picture. Polly doesn’t understand why Richard is always nice to him and why he must always be the one to look after him, which aggravates Polly which makes him out of control.
Morgan Watkins is amazing in this role, there were certain parts that couldn’t be understood when he was shouting which is probably down to his accent but apart from this little bit, Morgan plays Polly really well. There is frustration from him on-screen and it really lived up to his acting, which made you feel nervous whenever he came on-screen due for Richards safety.

Annabell (Yasmin Paige), the high class daughter who wants everything her own way. Finds Richard on her families land and they keep each other company. Annabell is the sort of character that is easy to get along with throughout the film. By living in a society that has a very narrow mind way of living; Annabell goes against this and gets on with Richard and takes great care of him, just like Richard did with the dead animals.
Yasmin Paige best known for Pramface & Submarine, again really well-known in the UK. This is brilliant, too see these sort of cast members in a low budget film. Yasmin really works the camera, works on the character and how she would be in a real-life situation like this. You see the true raw talent that she has, it works superbly in the matter of how she takes certain situations in the film to make it her own to sort out, showing the caring side of her. 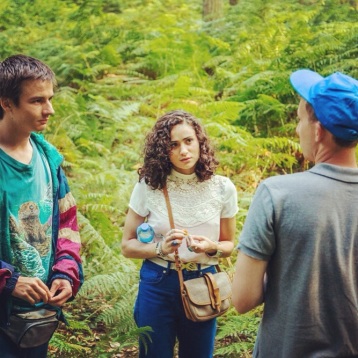 The director Joe Stephenson said in the introduction to this screening that he “couldn’t find the funding for the film” which is incredible to know. By only having a 3rd of what he wanted as a budget to make Chicken, it still lived up to the hype. Chicken is a brilliant film from a debut director; Joe took control of all the production side of things, as the director, producer and the editor. Films like these are what filmmaking is all about, by having a certain person taking most of the control you can see why this film is a must see. It captures everything you want, with regards to it being a low budget and being his debut featured film.

Chicken is a very emotional mix, you laugh, cry, shiver and become frighten throughout this screening. It mixes all these emotions around in your head and heart making you want it to never finish. By this thrill of emotions you feel overwhelmed when the credits come down, you don’t want it to finish you want to know everything about the characters after the ending. However, by not knowing you can finish the story off yourself which afterwards talking to Joe himself he said “this is exactly how I wanted people to feel, by having this feeling you can tell the story yourself just like films should be when you leave the cinema”. Joe has hit the nail on the head knowing, what the audiences want he mixes all these emotions and storyline together making the film that much more incredible and gripping.

Finally, Chicken is one of the best debuted films that I have seen from an English director in a while. It mixes every emotion you have in your body due to the amazing cast that Joe had to play with. The cast and characters really made the film by showing the personalities of the characters more than just throwing you into the deep end of the film. You get a feeling of knowing the characters before certain situations. 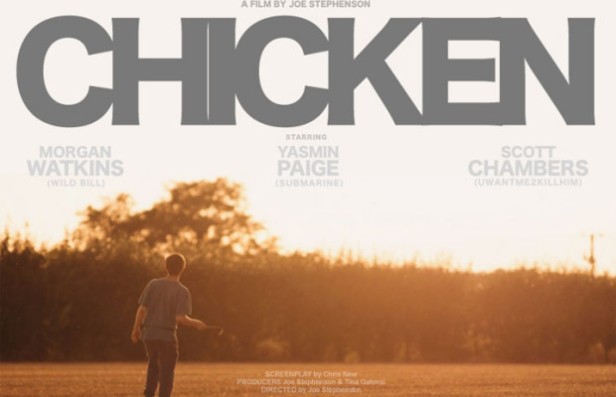