About – On a remote island run by women and young boys, Nicholas notices a dead body in the sea which sparks mystery in the way he thinks around the island. Why do the women meet at night, and why are the boys all hospitalized. 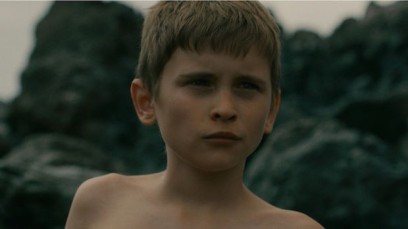 Evolution has a very strange and hard to follow feel to the film, the way that the narrative goes down is in a very strong manner that it cuts between Nicholas and the nurses. The continuity is all over the place but don’t let that put you off, it works down to the different time frames of the film, day and night and who the camera is following this can be confusing but it’s worth it in its own way. This happens throughout the film, it is quite hard to follow till the third act when you realise what is happening. Majority of the film follows Nicholas and his nature of exploring and figuring out ‘what is going on?’ Nicholas is the one that most of the time the camera is following but when it doesn’t it goes off with the nurses of the hospital, which is rather confusing because they don’t really speak apart from Stella who only connects with Nicholas. This goes off the narrative and doesn’t flow with the rest of the film because you don’t understand her background. So when the story does follow Stella it is confusing but intriguing to know more but you never do.

Evolution is a French film, with a full French production. The director Lucile Hadzihalilovic has a very small filmography regards of being a director and writer. Evolution is probably the most well-known that Lucile has done it falls into the genre of horror, mystery, whereas I wouldn’t really class it has horror it has some certain scenes where it is gruesome but not in the sense of jumpy or look away moments, in other words the gruesome parts are all natural to humans. It is without a doubt a mystery it follows the journey of Nicholas that is on his own mystery to find out certain things that he doesn’t understand. Both the main characters Nicholas and Stella are French. Nicholas (Max Brebant), is his debut film and as a child you expect it not to be perfect and it isn’t unfortunately you can tell where he needs to learn on his acting and facial expressions, however he is a child and still learning these trades so there can’t be much critique on Max. Stella (Roxane Duran) has a good size filmography but she hasn’t been in anything that has been in mass cinemas. Regardless of this, Stella really creeps you out when she is talking to Nicholas by the way she looks at him and the way she swims with him is even more freakish due to her age and his age, this is exactly how you are meant to read this character and Roxane does it greatly not perfect but for what Evolution is it is worth the recognition.

Evolution is such a beautiful cinematic experience, the opening sequence is stunning for roughly 3 minutes it is the ocean reef with beautiful coral and starfish. This doesn’t set the tone for the rest of the film for the rest it is very dark and mysterious. Without a doubt this opening sequence is the most colourful and stunning part of the film. The cinematography is one of the key points with cinema today and Evolution really captures this beautiful side of the world that people don’t see enough.

In the end, Evolution is a very strange film that is a must see experience for the visuals and the journey you go down with Nicholas. You also want to try and figure the film out before it ends and when it does end you are still trying to understand it. This is one of the benefits of Evolution just like the theory of evolution it makes you think and you still don’t understand it even if you want to. The cinematography is stunning for the first act but afterwards goes dark; majority of it is at night. Overall Evolution is a strange experience but an experience to go down. 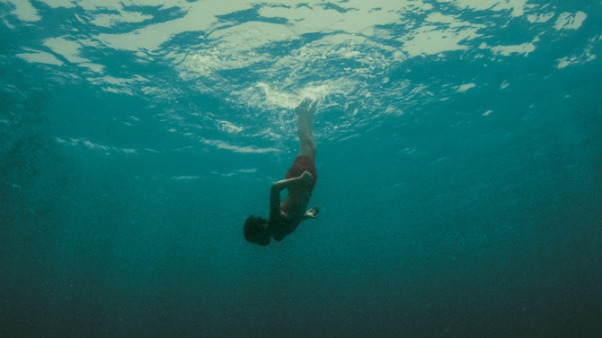