About – When Bryan Fogel, a director, sets out to uncover the truth behind doping in sports. He finds himself helping a dear scientist that wants out of the corruption in Russia’s doping scandal.

Bryan Fogel is known for one thing! Winning an Oscar for his debut documentary and for exploiting the Russian doping scandal. Bryan knew about the scandal just like we all did. However, if it wasn’t for Bryan, his team and obviously Grigory Rodchenkov then the Russian sporting, more specifically the Olympics team, would still be going large in these sporting events. 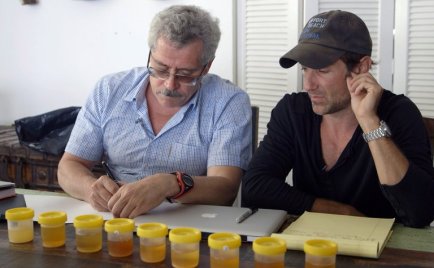 Icarus starts out with Bryan wanting to take on the role of a controlled doping schedule, just like Lance Armstrong did when he won the Tour de France for seven consecutive times. Bryan was training for the world’s toughest amateur cycling road race. The plan was to see the difference from one year clean, to one year on the doping scheme.
Bryan was put into contact with Grigory Rodchenkov the Russian anti-doping scientist that would help Bryan. However, as the story progresses, so does the truth behind Russia’s athletes across all sports.

This isn’t your average sporting documentary, it’s a documentary that captures and exposes the real truth behind what governments can do. If this is happening in sports, apparently one of the only things we can rely on, then we have no hope in corrupt governments. If the government can cover up doping scandal, then what else are they capable of? Icarus is a government conspiracy being exposed. References from George Orwell’s novel 1984 was used throughout, while Grigory was reading the book, as the novel is forbidden in Russia.

As fake news is on high agenda because of Donald Trump. Icarus and other documentaries are showing the truth that we deserve. As John Pilger is one of the best film documentary makers around, exploring and explaining the truth behind governments, military and troubles around the world. Bryan isn’t far off John’s brilliance in documentary making, in exploring the truth within governments and in countries we normally wouldn’t dare examine. 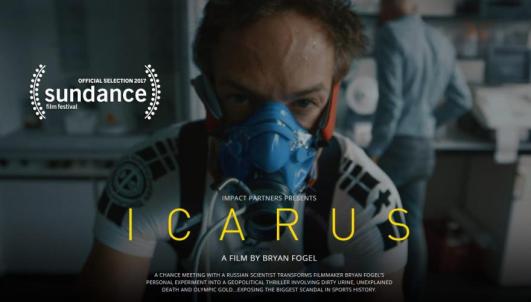