‘La La Land’ has recently won seven Golden Globes and nominated for ten BAFTA’s. It is also being rumoured to run away with the Academy Awards in February.

‘La La Land’ is a stunning, original Hollywood musical. They don’t make films like these anymore. Musicals in film, Jazz in music, is a very niche genre. However, ‘La La Land’ has brought these together and conveyed our attention to this beautiful, piece of art. It is an uplifting, feel good film that brings laughter and tears, which is exactly what you want from a musical romance.

Damien Chazelle, the director and writer, has achieved many things over the years and has even more coming his way during this awards season. [IMDB] This is the 4th film that he has directed. Whiplash being his most well-known, but he will be remembered for this brilliant, award worthy film. You can see Damien’s fingerprints all over ‘La La Land’ in certain scenes, with the use of spotlights on one character just like in ‘Whiplash’.  He has made this dying genre into a phenomenon, that will be credited and remembered for years to come, it will also go down in history as bringing a genre back to life.

‘La La Land’ has brought us the best casting at this moment in time with, Ryan Gosling and Emma Stone. They are both at the height of their career and this has topped the bill. 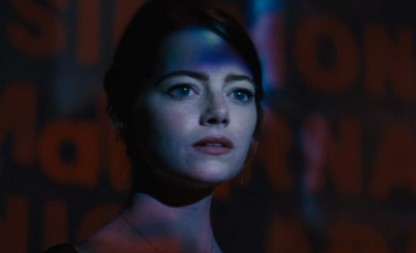 The aspiring actress Mia (Emma Stone), doesn’t give up hope on her dream to become a successful actress. She finds herself bumping in a Jazz pianist Sebastian (Ryan Gosling) in random places. This character was superb and special in so many ways. Destined to get that dream job, we all hope she does. Emma Stone is without a doubt made for this role. She portrays Mia in the most perfect way possible, there is no flaw to this performance. You fall in love with this character, which is ideal in this musical drama. 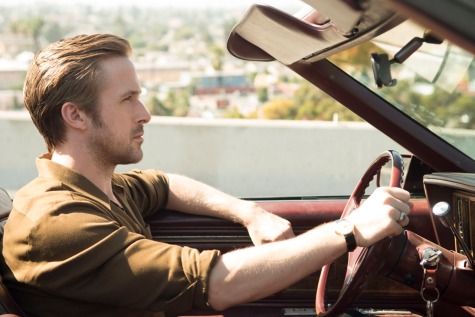 Sebastian is the jazz pianist that is dedicated to producing ‘classic’ jazz. With a dream of opening his own jazz bar. He playful flirts with Mia, and tries to create a relationship with her. However, it wouldn’t be a Hollywood musical if there wasn’t a love twist. Ryan Gosling portrays Sebastian, in an outstanding performance. Ryan shows his true love and dedication for acting in this role. By commenting in an interview on the Graham Norton Show “I had to practice playing the piano because Damien wanted a realistic performance.” You can also tell he truly fell in love with this character, which can be seen through the amazing acting he produces.

‘La La Land’ is set in LA (Los Angeles). This is shown to us by the amazing establishing shots of the city centre and LA’s most iconic landmarks. By showing us these references it makes us feel comfortable, like we belong there. The weather is also another big part of us falling in love with LA, it suggests to us that the weather is clear all year round. This portrays LA to be the perfect place to live. ‘La La Land’ is done in seasonal chapters which is shown by a classic subtitle on-screen, that always shows the warmness of the city in the background. Additional, Hollywood icons are shown on the streets of LA, these are displayed to us by a graffiti style portrait of Hollywood stars.

Obviously, a Hollywood musical must have a stylish, modern score. There is no displeasure in ‘La La Land’ it brings us some of most memorable songs that stay with you for days after. Starting with the opening sequence, which is outstanding, with the song ‘Another Day of Sun’. This is exactly what we would expect from a West End theatre production, but instead we are seeing it on the big screen. From this point forward you are expecting every song to be somewhat close to or better than this opening. This wasn’t disappointing, every song that came on brought you joy and made you smile, just like a West End production does, leaving you feeling warm and content afterwards.

Costumes don’t get the recognition it should. ‘La La Land’ has brought us some of the most amazing suits, dresses and dress-up costumes. The costume designer is Mary Zophres who got nominated at the academy awards for ‘True Grit’. With all the different outstanding costumes, Mary will be getting her second nomination (hopefully). She is also nominated for this year’s BAFTA awards, this could be a clear indication to see if this will be her first win at the Academy, which is fully deserved.

Finally, ‘La La Land’ deserves all the praise and hype it is receiving. It is flawless and magical. Musicals are a dying genre, however within the next few years, I would imagine there will be a high rise of musicals trying to compete with ‘La La Land’. However, they will never come close to this exquisite film. It has brought the genre back into the limelight, and we are falling head over heels for it. 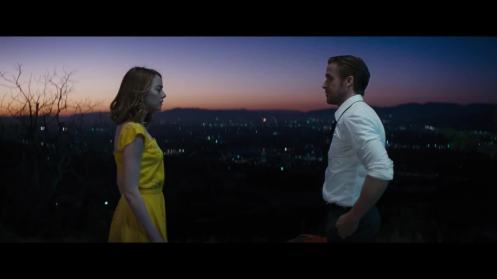