About – A TV programme, Money Monster, gets hijacked by an extremist, where the host Lee Gates (George Clooney) and his producer Patty (Julia Roberts) get taken hostage within the studio.

‘Money Monster’, starts off very slow. This is down to the introduction to the characters, there isn’t any background story on how they got there or who they are outside of this studio. However, the only character that we get a proper background story to is Kyle Budwell (Jack O’Connell). Another point for how it feels to start slow is by the score, you are wanting more tension when the dramatic scenes happen, but these heart racing moments don’t happen until the second act of the film. This is disappointing because it has the potential to be brilliant.

Throughout ‘Money Monster’ we don’t have a relationship with any of the main characters. At a stretch, it would be Kyle, due to his story and the faith he puts into Lee Gates (George Clooney) and the TV programme. By doing this, this makes us feel sorry for him because of what happened back in 2007, when the UK/US had a ‘credit crunch’ which made a lot of people lose their money because of the stock markets. 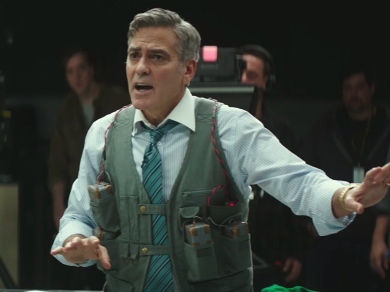 Lee Gates played by George Clooney, is the sort of character that ‘shows off’. He doesn’t care about the little man, as long as, he’s got the money and people like him. This doesn’t make us feel sorry for him but more hatred for him, due to his arrogance towards Kyle. This was a brilliant casting, having George Clooney playing this role. We always associate Clooney with that he is a lonely man and a womanizer, so this role fit him perfectly from our idea of what he is like outside of the studio. 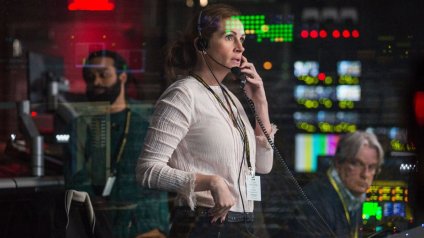 Patty Fenn the director of the TV programme ‘Money Monster’ was played by Julia Roberts. Patty is the brains behind the programme but doesn’t get her recognition that she would like. This is because Lee Gates is the face of the programme and what he says/does gets looked at over what she wants to happen on the show. Patty is the character where you want her to be successful but there is no on-screen relationship like we get with other characters. Julia Roberts, plays this role well, she also makes Patty a leading woman that we feel something for. However, she performs like this is every film she is in. There is no surprise or excitement from this performance which is disappointing because this leading female could be something great. It needs more of a fighting punch to get the gears working for that excitement to the audience.

Jack O’Connell is one of the best British actors around. He is probably one of the most underrated actors in the UK, he takes the role of Kyle Budwell. Kyle Budwell as mentioned before is the person that loses all his money due to this TV programme. He takes matters into his own hands which obviously doesn’t go as planned. Kyle is the only character where you feel saddened by his story and wanting him to succeed within his own little mission. This was done more in the ending of the second act and throughout the third act compared to the first act. This was done because the story got more interesting and you wanted to see what would happen if Kyle proceeds to be this danger to Lee and Patty. ‘Money Monster’ is not his best performance, Jack O’Connell progresses to surprise audiences by his amazing performances, however, ‘Money Monster’ doesn’t get his brilliance that we all know so well. 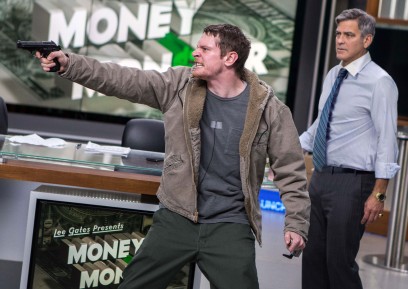 The second act made the film come alive. This was done by the tense score, not so much visually but the way that the score was done, was having the sound higher pitched for you to feel emotional towards the characters. The characters on the other hand were the same, this didn’t change throughout. However, Kyle (Jack O’Connell) seemed to come alive at this point in the film, which is superb acting by him to make this transition happen. Also, more action was involved, we got more information about Kyle and how/why he lost his money and this made us rethink who is the evil guy in this film. You felt sorry for Kyle which was a big turnaround compared to the start of the film. By this point, this made the film come alive and more interesting than it started out to be.

There was a lot of humour in the first act, which was surprising for a thriller, drama. As we already know thriller dramas are the total opposite to having humour in them apart from one character. However, ‘Money Monster’ turned the tables from them cliques of these two genres. ‘Money Monster’ wanted us to feel comfortable while this first act unfolded before us, this is probably why the score didn’t bring tension till the second act. By doing this we feel something for both sets of characters.

Finally, ‘Money Monster’ is a brilliantly put together thriller drama. With the use of humour in the first act bringing a new twist to the genres, this was a surprise but worked wonderfully well for the rest of the film. Performances were good but not brilliant, they were standard, the characters weren’t relatable apart from Jack O’Connell’s character. Other characters were money driven and didn’t care about the little man, this is where people can’t relate to, because they are in a different social class to the audience. Overall ‘Money Monster’ is a great thriller drama with tension progressing in each scene and act. 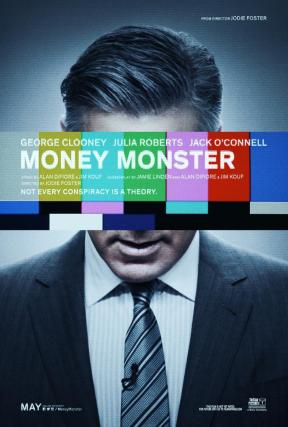