About – Nicky Parsons (Julia Stiles) hacks into the database of the CIA to gather information on future projects, she stumbles across Jason Bourne’s files regarding his father. Jason Bourne (Matt Damon) has access to this information and takes a journey to find out the truth about himself and about his father’s death.

‘Jason Bourne’ starts off very slow. By Nicky Parsons hacking into the CIA, they find the culprit of this crime. Through searching for her, they come across that Jason Bourne is connected to her. Then the film starts the journey of Jason Bourne finding out the truth about himself and about his father’s death. It starts off very slow because it has to introduce all the new characters. Eventually by the second act we get a standard middle and ending. Due to seeing the ‘Bourne’ trilogies you know the ins and outs of this standard storyline. He gets close to the person he needs to talk to, he walks a lot, fights a lot, gets what he wants, the end. There is no change in this new ‘Bourne’ film; it’s exactly the same as the trilogies. This is very standard by the production company due to the remake in 2012 ‘Bourne Legacy’ that flopped, due to its similarities of the original. The production company clearly didn’t learn from their mistakes, apart from adding Matt Damon back into the picture, which didn’t help.

On paper the cast is unbelievable; however in actuality the cast were shocking. No one made their character shine, everything to do with the characters and casting was a disappointment. Especially with the line-up that ‘Jason Bourne’ has: Matt Damon, Tommy Lee Jones, Alicia Vikander, and Vincent Cassel. Not one person made this film more interesting and appealing. This film alone by not comparing it to the trilogies has to go down as a shocking experience for the cast and the production team. 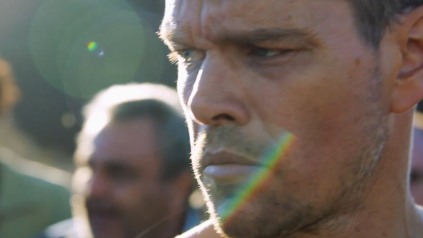 Jason Bourne played by Matt Damon. Jason doesn’t do much, he punches a few people in the first act, walks around towns to find the right spot to talk to someone and then eventually gets himself in the same messy position that he always does. It has come to a shock to a lot of people that Matt Damon came back for the Bourne films, it also looked like he couldn’t be bothered acting. He has 47 lines during the whole 119 minutes and for the majority of this he isn’t even on screen and when he is, he is running away or in a fight. Matt Damon is a brilliant actor however he doesn’t portray Jason Bourne like he did with the originals.

CIA Director Robert Dewey played by Tommy Lee Jones. Robert Dewey was probably the second to best character within the film, he had humour, he was evil, and you knew what he was capable of. If you were on his bad side this is the sort of character that could really get under your skin. However Robert didn’t threat anyone, he was stood behind 6 bodyguards in a lift, and then told them all to go downstairs even though he was in danger. Common sense isn’t his strong suit. Tommy Lee Jones who played Robert was interesting, he played it to a point we felt like this could be something interesting. The script was a letdown for this role, this could have been something great but it wasn’t.

Heather Lee played by the Academy Award winner Alicia Vikander. Heather Lee is the new employee. She is trying to get Jason Bourne to come back to the CIA and talk to them. She gets let down by her boss and her team over and over again, to finally realise this isn’t going to work. This is pretty much what she does all the way through the film, nothing interesting happens to her apart from shouting down the phone. Alicia Vikander from being in some amazing films in 2015: Ex Machina, Danish Girl, and The Man from U.N.C.L.E, this is a very disappointing role for her. Maybe she was trying something different but unfortunately the character just didn’t fit her at all. 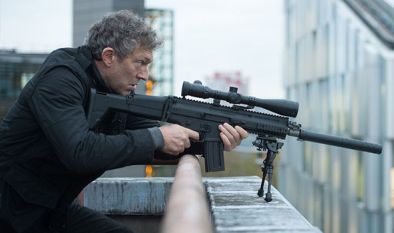 The only person that stood out was Asset played by Vincent Cassel. Asset was the only real character that really made an impact to the film. Asset was the one that tried to capture Bourne before he find out the truth. He does this by monitoring Bourne and finding out certain things about him. Vincent Cassel plays this role brilliantly; you really feel something for Asset through the way Vincent is portraying him. He works the camera very well and really makes this character something, more than he actually is. This is brilliant, because they needed someone to come across as vicious.

The only positive that came from ‘Jason Bourne’ is the action sequences. They were played out superbly, the fighting scenes looked realistic, and the car chases looked incredible. It had you feeling like you were actually upon the people watching all this unfold. Every bump and crash you felt throughout, you wasn’t disappointed in any of the action sequences. They were the perfect length, not too long or too short, you felt comfortable watching something so well made come to life.

The camera angles and the camera work were all over the place. There were no correct stable handling of the camera; this could be because they wanted us to feel like we were in the cars or in the action sequences. However it doesn’t explain the wobbling of the camera when Bourne is sat down. For the first act it was hard to concentrate on what was actually happening but afterwards it either stopped or you got used to it, which isn’t the best situation to conclude this.

Finally, when you’ve seen one ‘Jason Bourne’ film, you have seen them all. The original trilogy was all about an actual mission and storyline that got you excited to see what was going to happen next. Whereas ‘Jason Bourne’ didn’t have that creativeness, you knew what was going to happen because the production team stole parts of the original trilogies or other films mashed up. Overall it felt there was nothing to get excited about and for this it is a great shame for the ‘Bourne’ franchise. 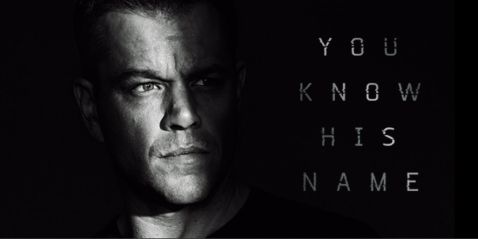