About – Race is a biopic of Jesse Owens (Stephan James) who starts off as a college student that finds himself struggle through the true efforts of being black in the 1930’s. Where his coach Larry Snyder (Jason Sudeikis) trains Jesse to be the best of his ability. When certain issues distract him from what he was there for comes in the way, he then resolving his own issues then he can concentrate on the reason why he went to college.
The United States go into talks on boycotting the 1936 Olympic Games because of Adolf Hitler, they have to come up with an argument whether to go or not go.
When concluding on this issue Jesse and Larry train so Jesse can come home with 3 Olympic medals.

Jesse Owens (Stephan James) is the greatest track and field athlete, breaking world records and collecting winner’s medals. Jesse Owens was from Cleveland when growing up, going to college to train and become an athlete. Jesse Owens comes across true struggles of being black in the 1930’s having to keep his head down and train to be the best athlete he could be.
Stephan James best known for Selma (2014), plays Jesse incredibly well, he finds the true passion that Jesse did during his time as an athlete and the passion he had for black rights. When Larry pins up Jesse against a wall, you see the true anger that Stephan has for this type of violence against blacks. This shows the raw emotion that he feels throughout Race when running along the scenes you feel a presence that Jesse would have had when he walked into a room. 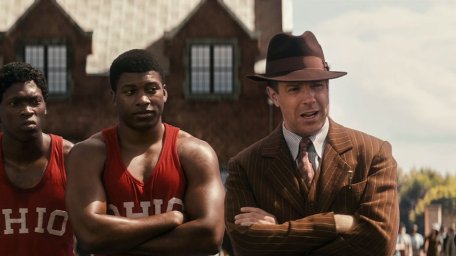 Larry Snyder (Jason Sudeikis) is the coach for Jesse that trains him to his own ability. Larry once was an athlete before stopping due to an accident, which makes his training that more difficult and different to what Jesse is used to.
Jason Sudeikis is well known for being in Hollywood comedies like Were The Millers and Horrible Bosses which is totally different to Race which is a serious drama and a biopic. Jason played Larry brilliantly, it felt like this could actually be Larry and he would have had all the same mannerisms and passion for the track and field. Jason knows how to passionately show how important this role is, by shouting at Jesse and aggravating other coach’s at the college. It was refreshing to see Jason in a drama over a comedy to see how good of an actor he really is and it worked for him. Hopefully this is something to come from Jason and show the filming world of how good he actually is.

Race touched upon the history of the Olympic Games in 1936 that was under control by Adolf Hitler and the Nazi’s. Race touched on this issue but not enough for educating the audience. Without a doubt there were facts about the troubles of the USA actually going to the Olympics or not but there was no back story to some of the key issues. Then again this sort of factual story wasn’t necessary because it didn’t touch upon the really issues.
This made Race want to tell the story about Jesse Owens more and not cutting between the two stories. There were certain situations that Jesse had more to say and tell the story from his point of view which half way through cut to the history side of the film, which was distracting and like a history lesson halfway through telling a story about Jesse Owens.

The first act of Race was very surprising with racial comments that made this feel like the type of film we was going to get. There were racist remarks to Jesse Owens and monkey noises from other characters, which is exactly what, would have happened during the college stage of his career. But this doesn’t come strong to audiences with younger viewers thinking they will be viewing a safe biopic with a certificate of PG. Having a good understanding of why they used to racial remarks due to been educated about the 1930’s and the Nazi era was still a throwback to what the film was going to come across like. But after the first act this stopped and concentrated on the actual story of Jesse and not his problems with racism.

The problem with CGI (Computer-generated imagery) is that when it is done wrong or cheaply it is very noticeable and off putting. Unfortunately Race is a prime example of this issue; it is very off putting in certain scenes when it wasn’t needed. There was a scene where they were outside on the track and the background was totally off with the rest of the scene, which was totally not needed when they could of just used the location they were actually at or find somewhere with the location to make it more realistic.

Race brushes on the real issues that it could have done, either on the Jesse Owens story or the USA deciding to boycott the Olympic Games, if Race only concentrated on one of these issues more than the other it would have been a brilliant film, for one of the stories. Regardless Race still teaches you the true struggles of Jesse Owens and his journey in his career. 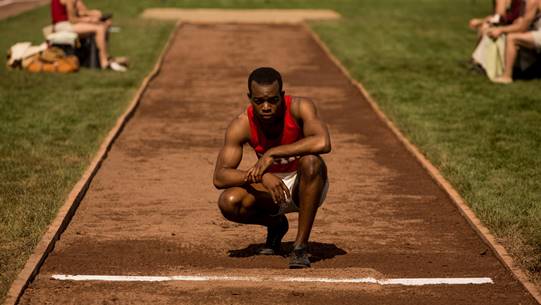